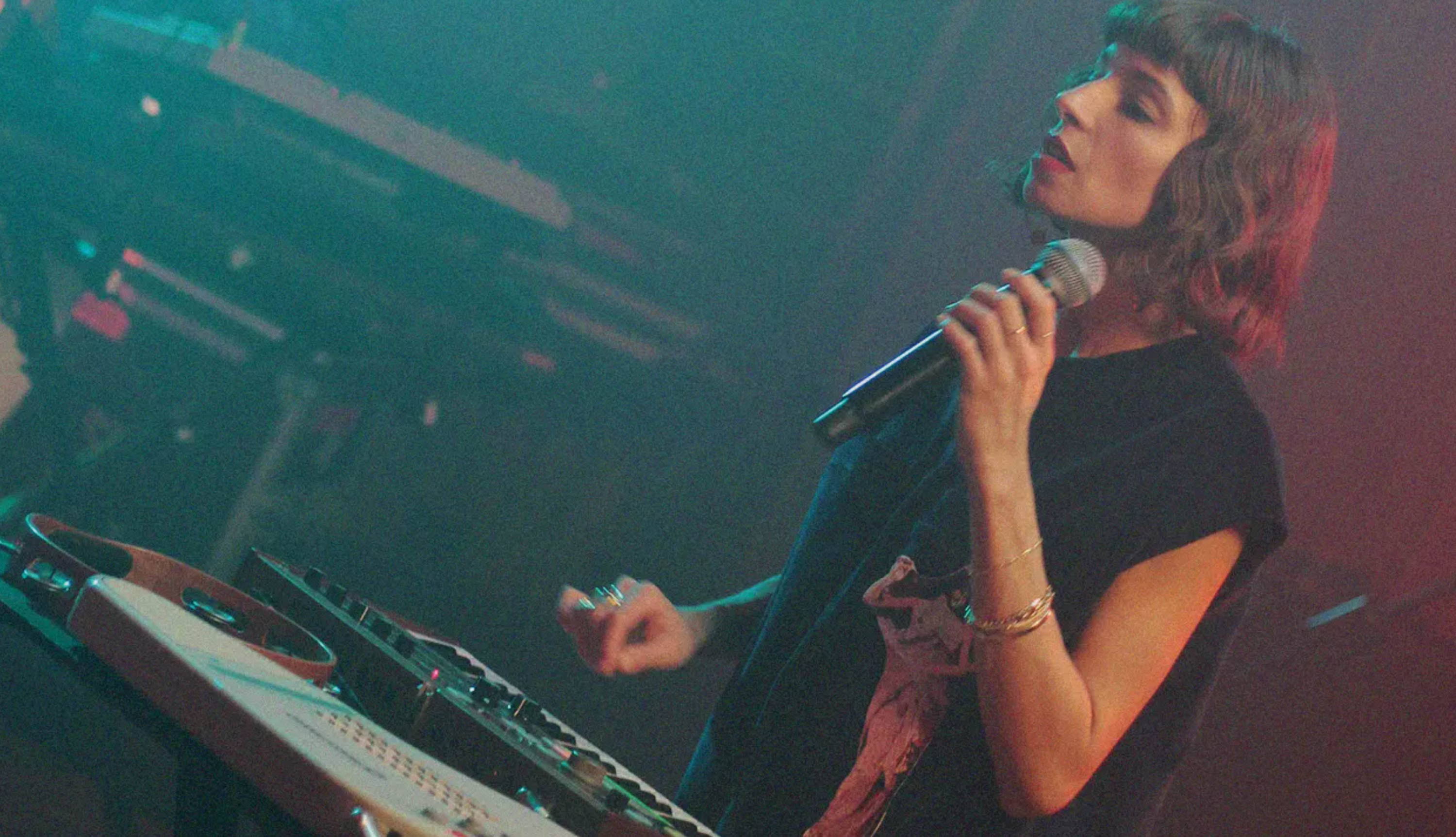 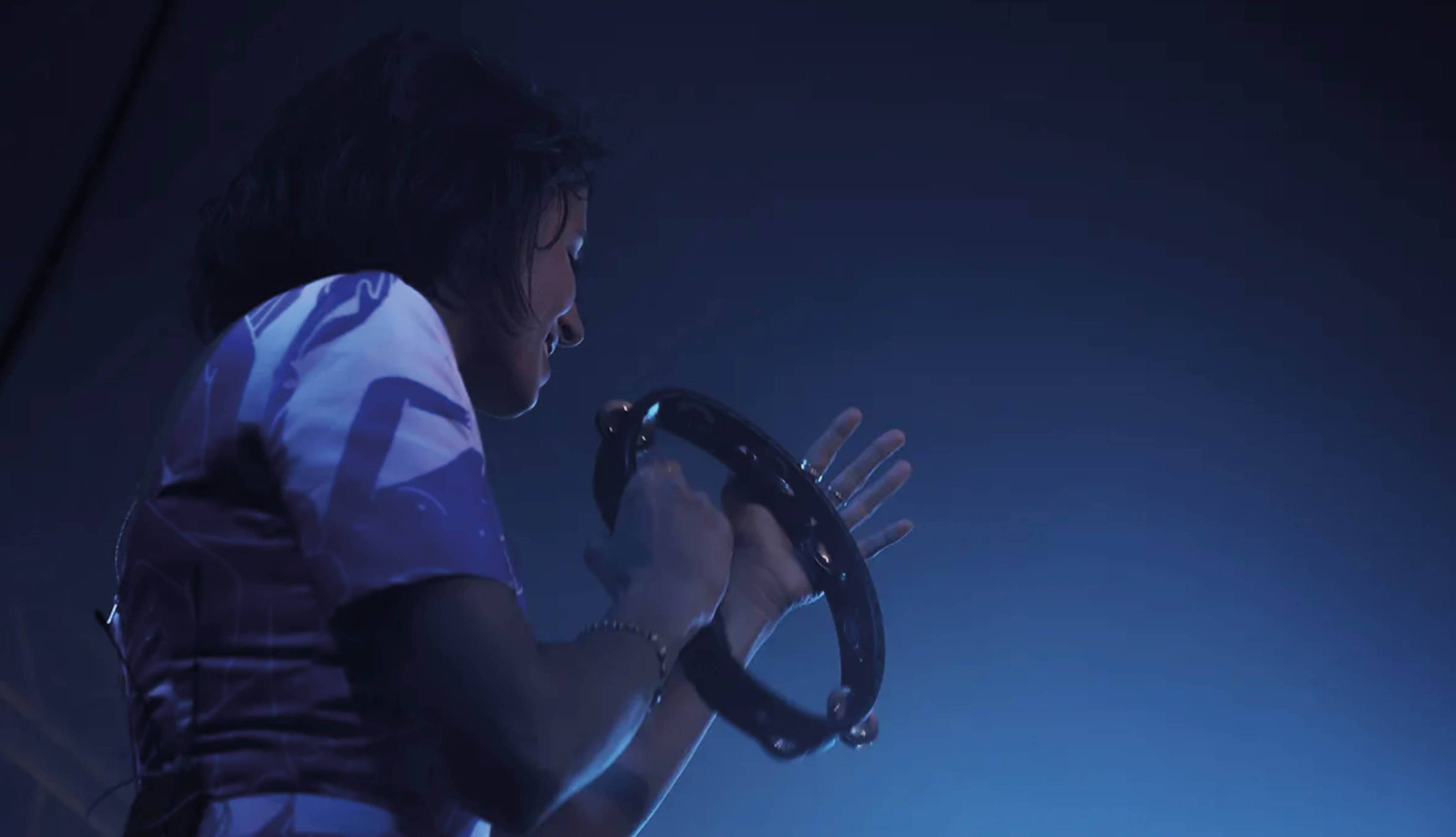 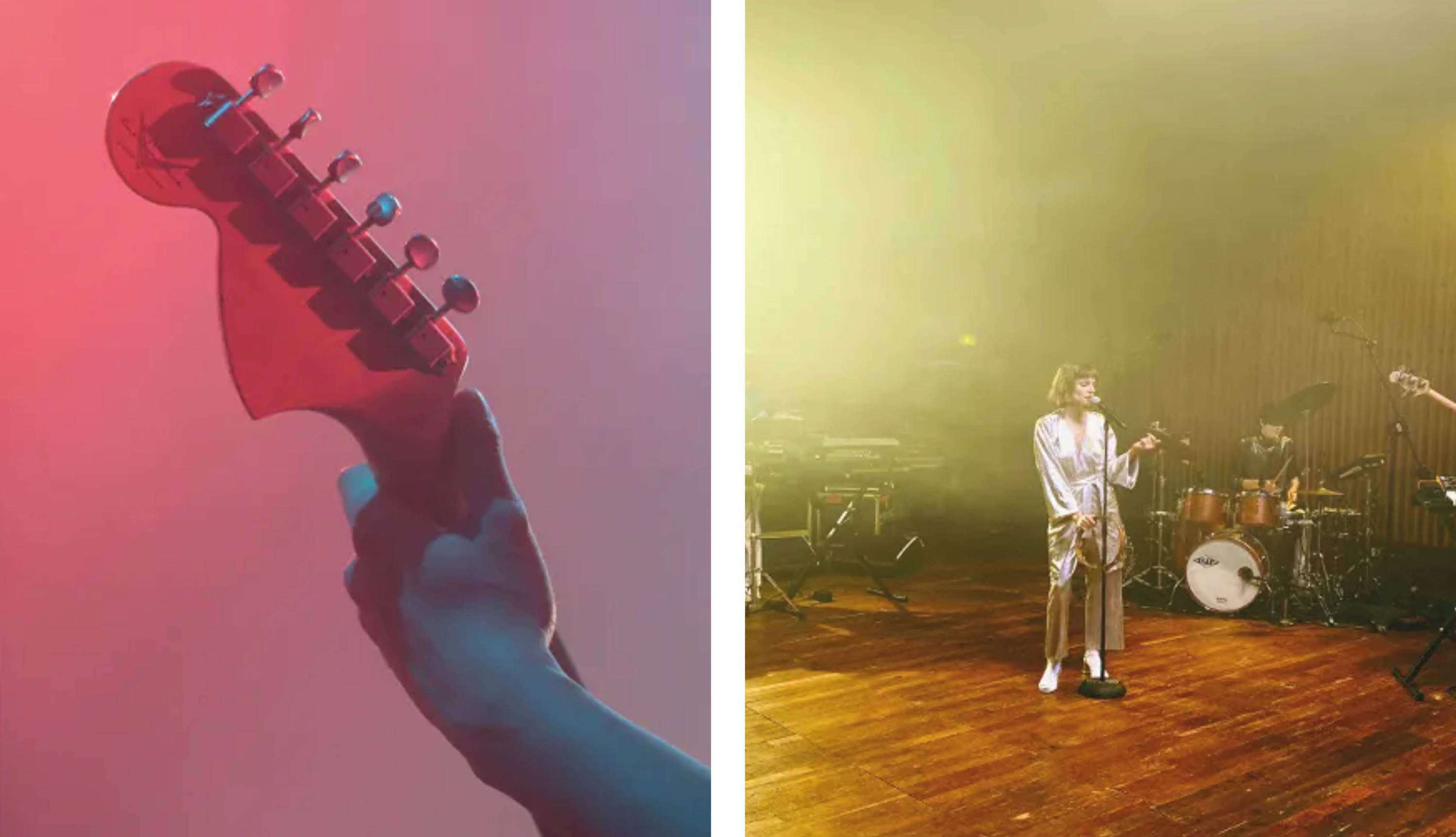 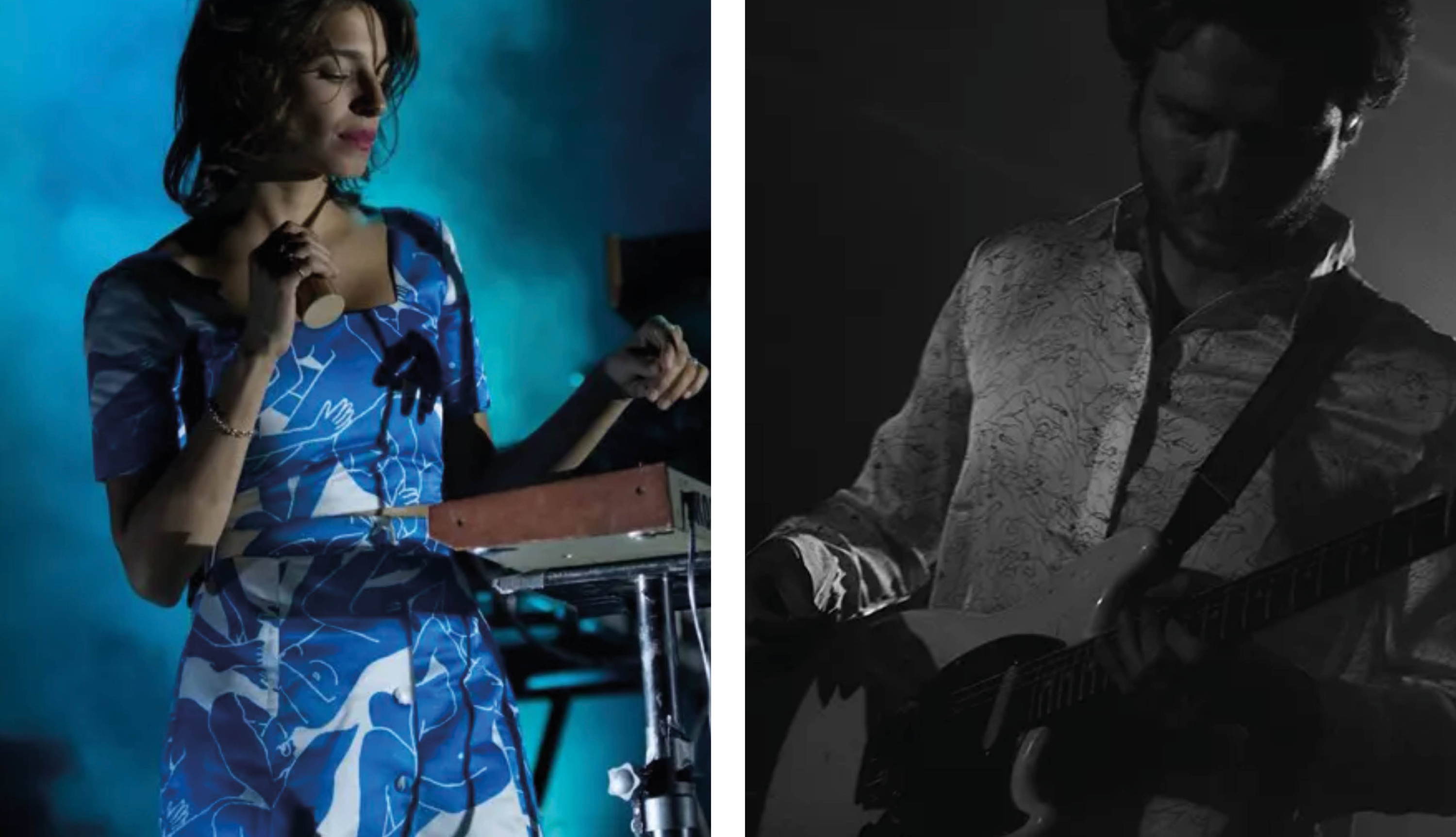 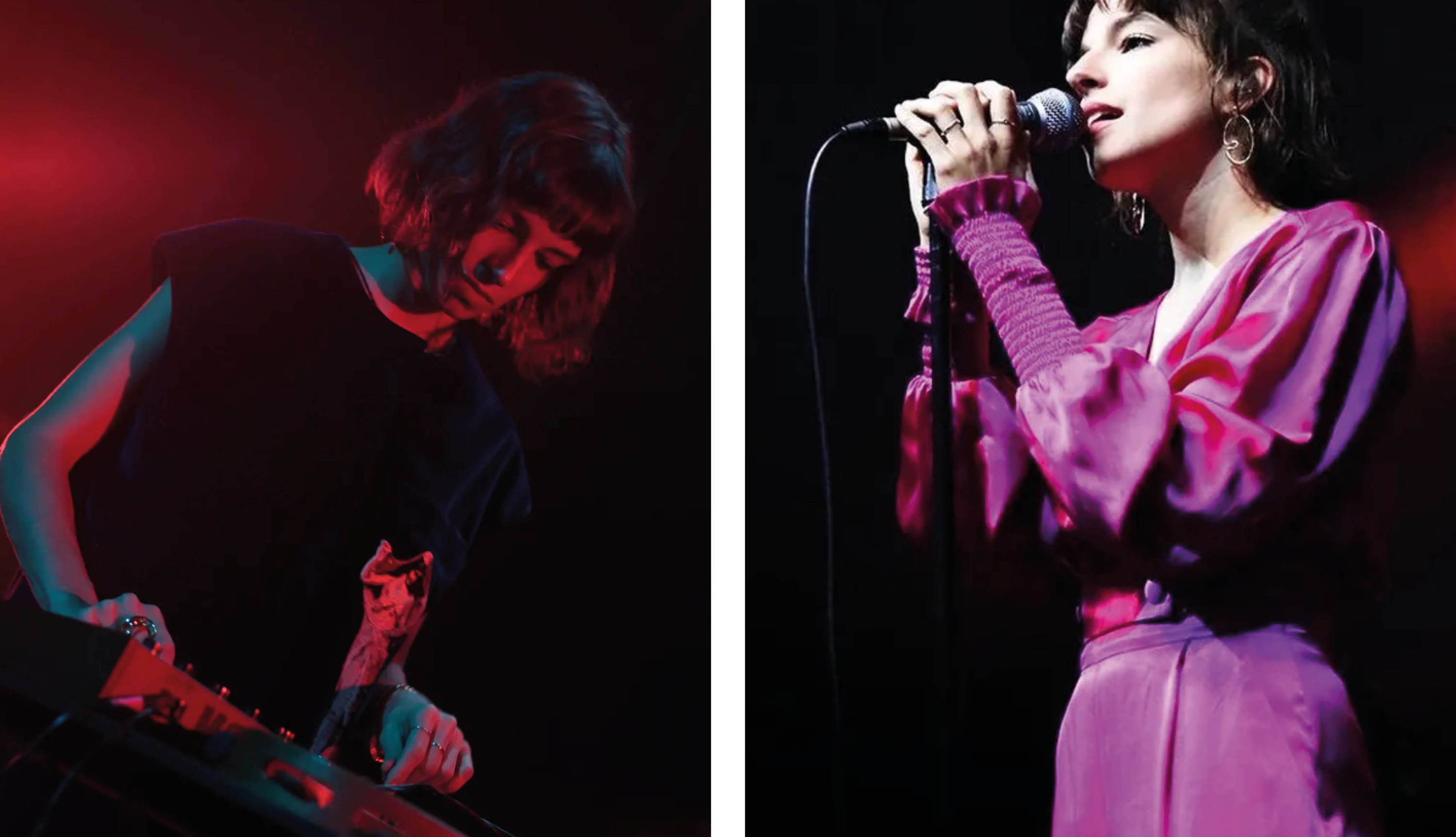 We met with the band L’Imperatrice who were dressed by us for their recent concert in our Appolonie print which works perfectly with their last EP - Agitations Tropicales. We met with Flore, the singer of the group, to learn more about the band, which is very similar to our universe.

Tell us about yourself...

I’m Flore, I’m 23 years old, and I come from Luberon, South of France. I started out singing Jazz and now I’m part of the French group, L’Impératrice.

When did you start to sing ?

It all began in the streets, with a ukulele and a kazoo. I was 15, and my friends and I sang during the Festival d’Avignon. We reworked pop songs into jazz versions. That’s how I met musicians, and how I introduced myself to this universe. Since then I have always returned. The streets are the best place to learn.

What is the origin of your passion for singing ?

I’ve always loved singing. But, at the beginning, I was told that my voice wasn’t powerful enough. Then, one day, I listened to Chet Baker, and I understood that the point wasn’t the power but the sensitivity and feeling. I discovered that his sweet voice made him the great singer that he is. From that moment, I knew that I could sing too.

Jazz, definitely: Billie Holiday, Etta James, Nancy Wilson, in the 50’s. But also disco or funk from the 70’s : Chic, Cortex, Donna Summer, Bill Withers or The Jones Girls ! It’s not very original, but in terms of song writing, the group that influences me the most is the Beatles: for me, it’s pure pop, they have an incredible sense of melody and rhythm !In terms of French artists, I admire Serge Gainsbourg or Alain Bachung, particularly for the way they work with the French language.

Did you work on the texts of the last EP by L’Impératrice?

Actually, I co-wrote the texts with Charles, the leader of the group. It was the first time I wrote in French, and we want to carry on this way, because it’s quite rare and unique. It’s a very difficult job, because words have a powerful meaning, and you share a lot of yourself. The French audience judges the quality of the lyrics a lot and can be quite discerning. In France, we really pay attention to the way we use our language. That’s why it’s not always easy, but, in the same time, you can move people deeply with the right words.

When and how did you join L’Impératrice ? What attracted you to this group?

I was already a fan of the group, and then I met Charles through common friends at a concert. He had already heard my voice on an EP from another band and liked it. Before I joined the group, L’Impératrice didn’t have a singer, and then things moved and happened very fast. I joined them when they were about to record their latest EP, without any vocals. All the tracks were almost finalised but, during the summer, we wrote all the lyrics, the melodies and added in my vocals.

How would you describe this music ?

Our music is both emotive and also for dancing. The idea is to make people dance, and feel at the same time. It’s quite difficult to mix both. I also think there’s a kind of elegance in our songs, like the name of the group !

Yes, our first concert at La Gaité Lyrique, in Paris, was something ! We were looking forward to it for 6 months, the space was packed with people. But Hagni, one of the guys who plays the synthesizer, hurt himself on the background set. One hour before the show, he was at the hospital getting stitches. We were under so much pressure, wondering if we would need to cancel the concert or not… but he finally came back in time and we played !

Which stage have you dreamed of singing on ?

The best would be the Montreux Festival, in France, for its history, the quality of the line-up, and the exceptional place. At the beginning it used to be a jazz festival, but now they host many different styles.A song which always makes you dance ?Definitely, “Somebody Else’s Guy”, by Jocelyn Brown. You have to listen to it to understand! The intro is incredible, and the riff works so well !If you could live in the past which timeline would you choose?I would hesitate between the 50’s, for the jazz, and the 70’s, for the disco. But I think life was more fun in the 70’s. What fascinates me about this time, is how music was conceived, it was very different from today, it used to me far more organic. People had more fun during concerts, they went there to dance, it was the only occasion to do so. Now, we have clubs for that.

How important are your clothes on stage ?

I’d like to say it’s 50% of the work. The image and representation of the artist is essential. The outfit is part of the bands image, like music or scenography. It helps create a personality and sets the tone.

Is there a piece of clothing in your wardrobe that you cant live without?

My worker jacket! I found it in a second-hand market, and the initials of the guy who owned it are still embroidered on it.

There is something super new and fresh about it, a combination of simplicity and elegance. I don’t like stuff that too sophisticated. Here, the prints and silhouettes are very creative, feminine and easy to wear.

Why did you chose the Colette dress?

I love the colour and the material. The dress is feminine and the cut is original.

What are your future projects?

With regards to L’Impératrice, the next step is our first album. It’s a very important project which requires a lot of work and maturity.For my part, I’d also like to continue with jazz and do some guest features.My last one was on the track “La Piscine”, with the group Hypnolove, you have to listen to!But, L’impératrice remains my priority, I’m part of the family team now ! 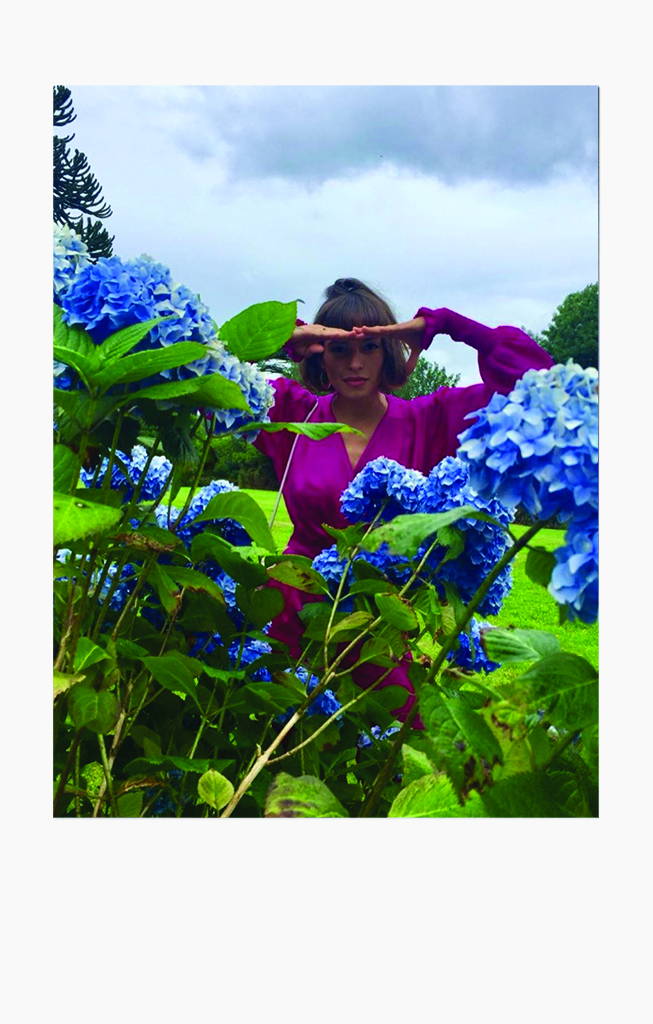 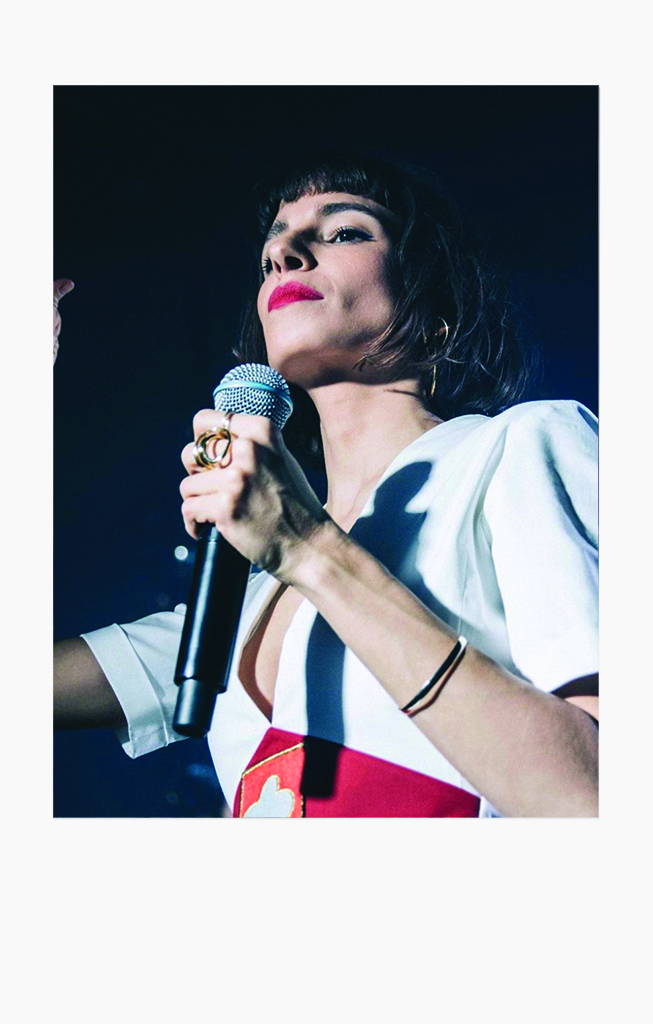 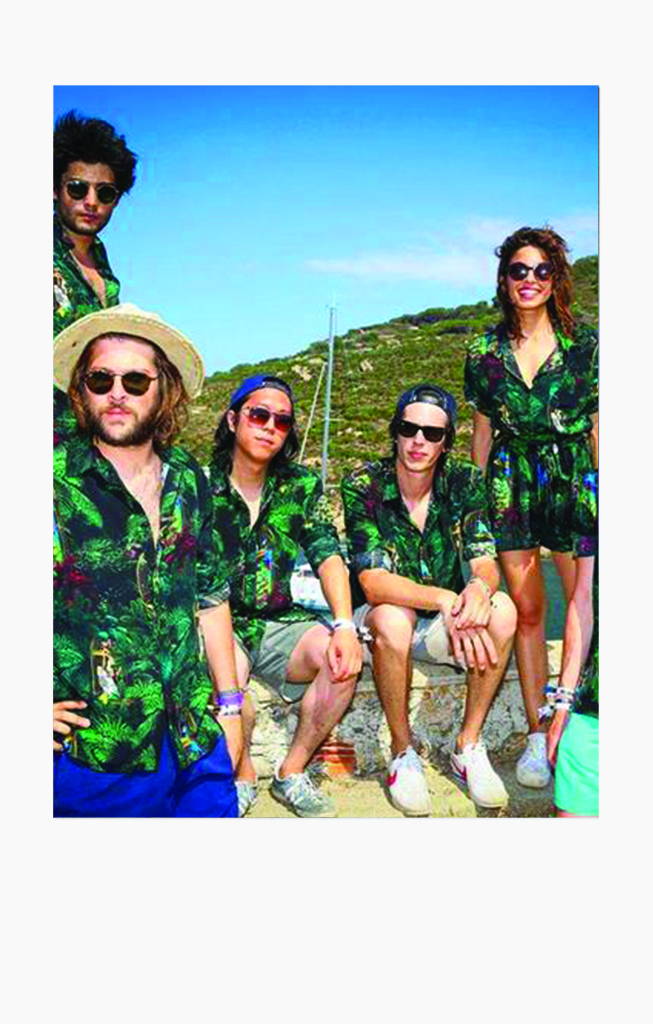 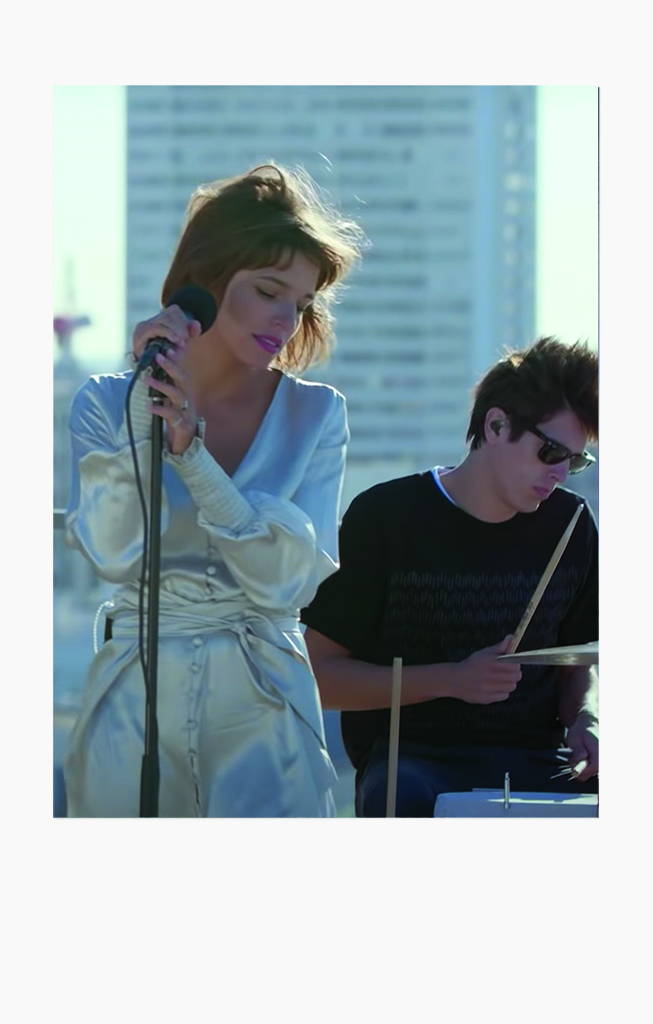 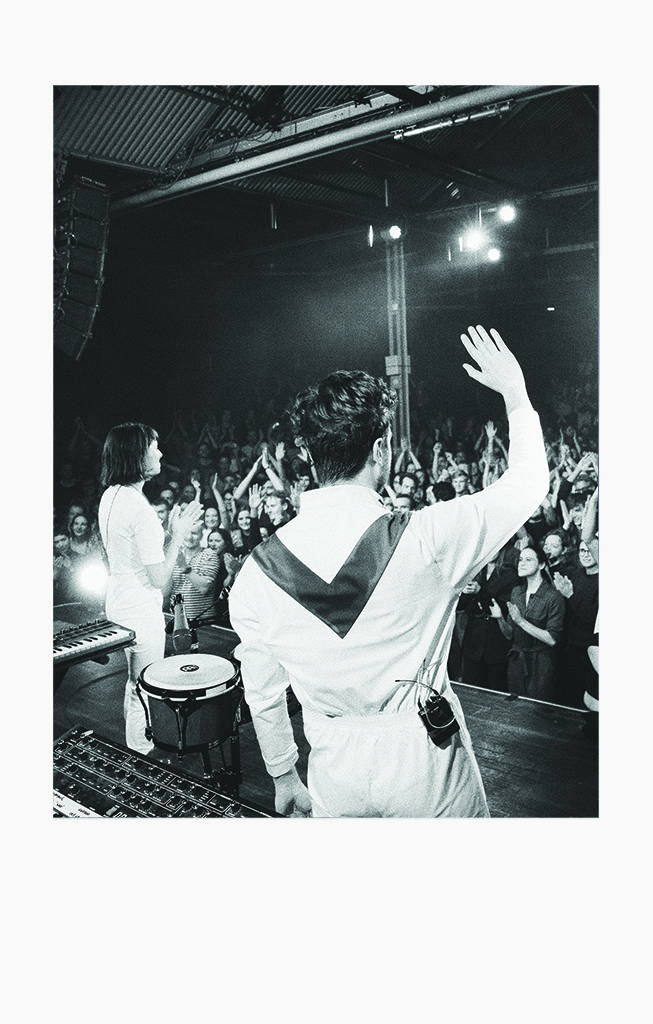 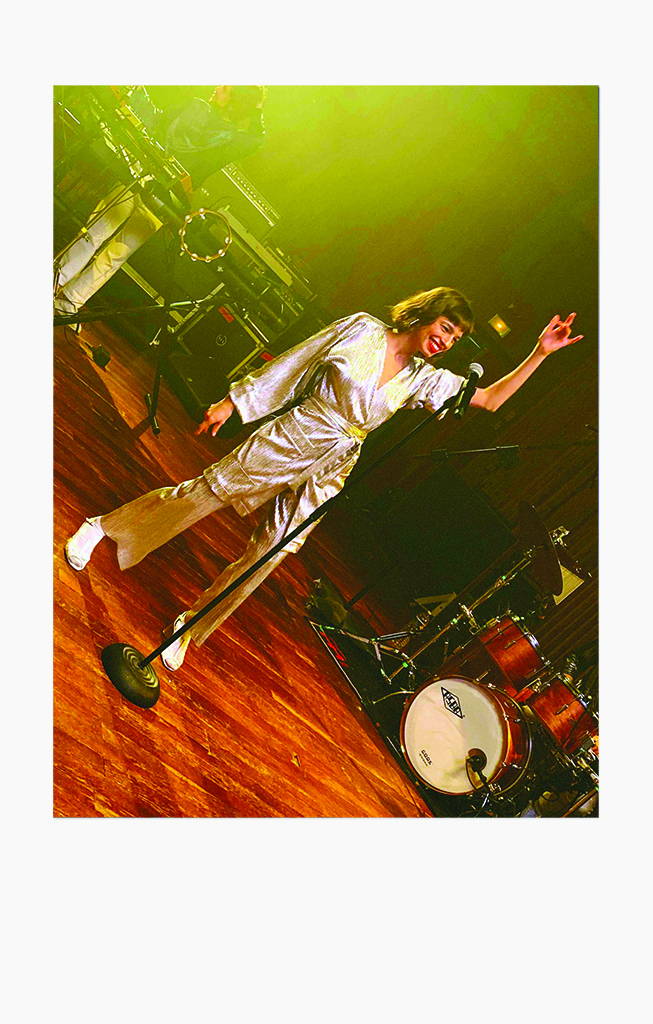 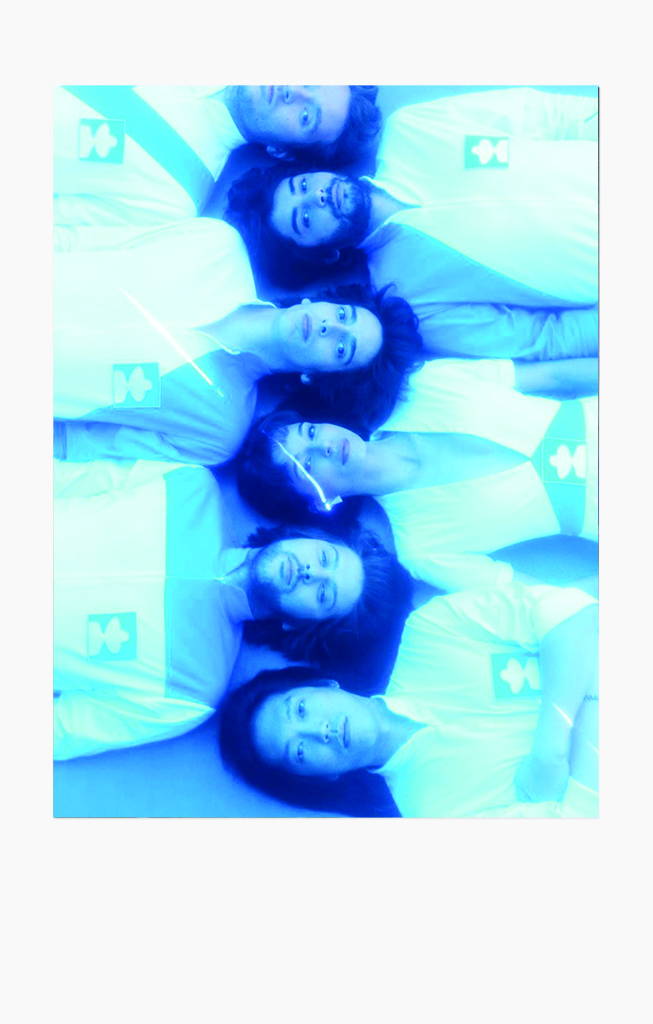 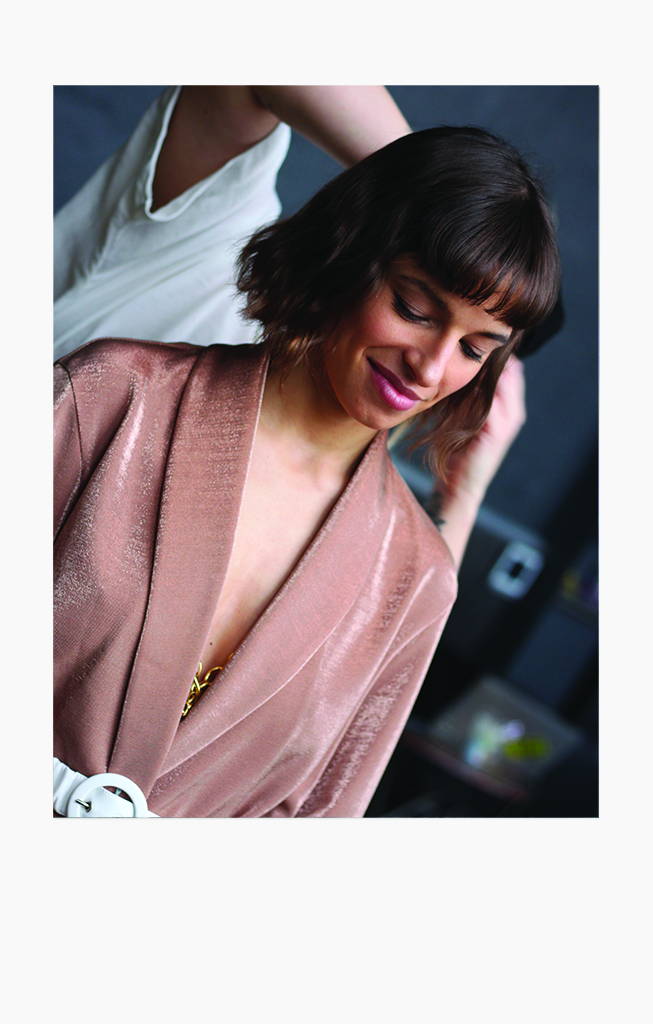 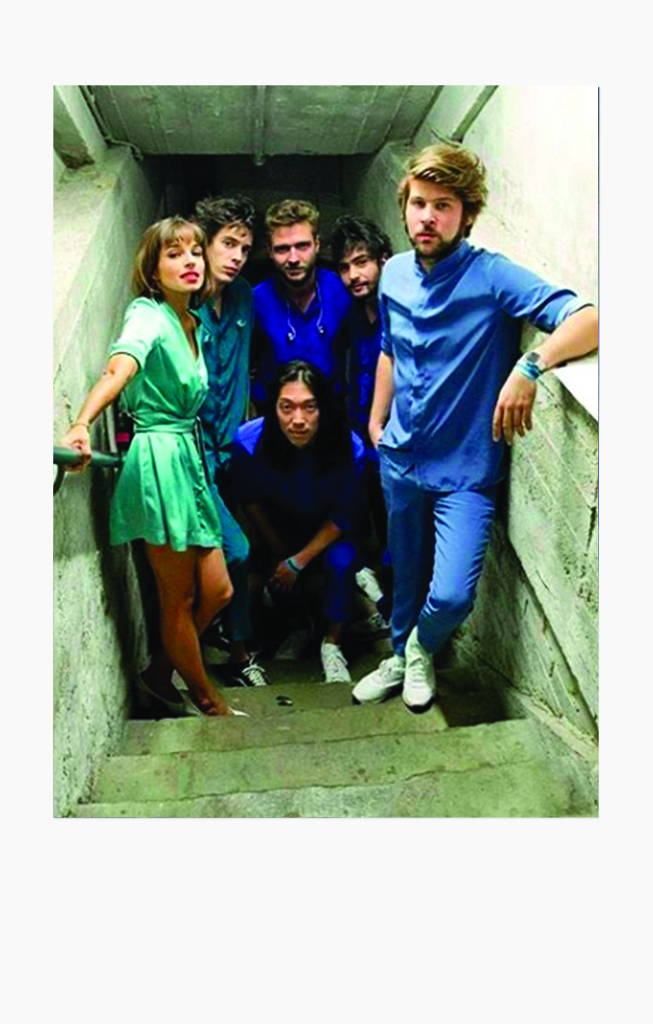 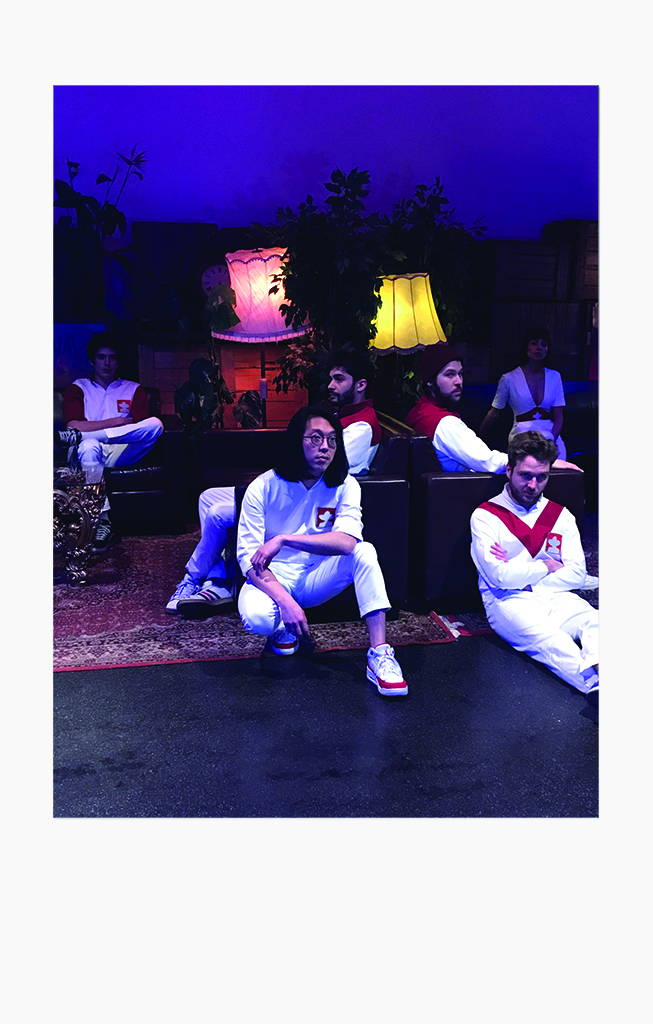 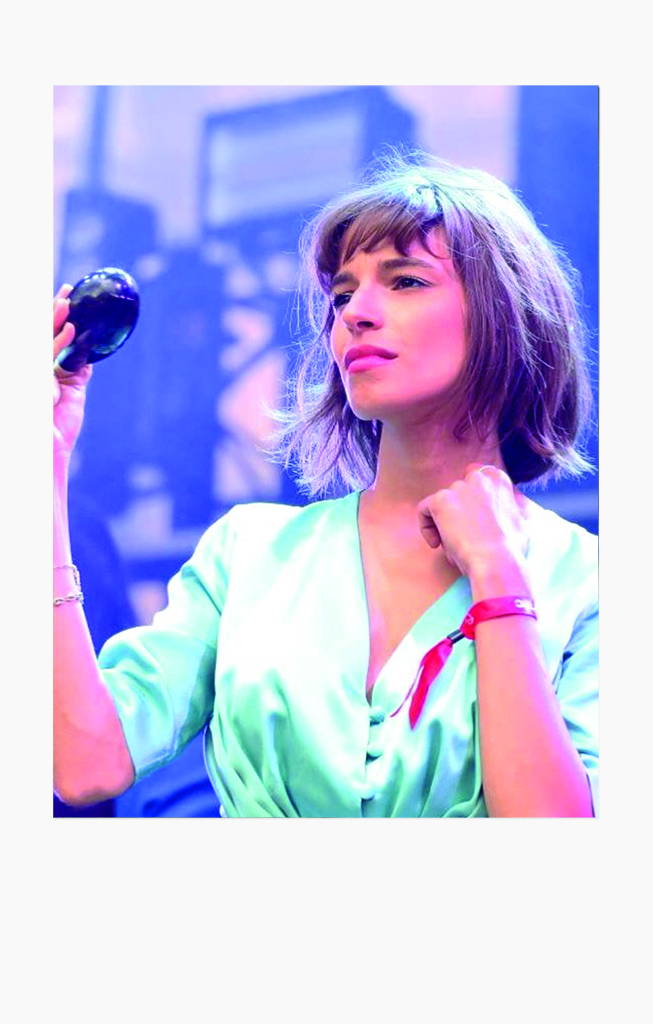 1. Take exact measurements using soft tape measure.
2. Measure bust, waist, and hips using our guide.
3. If you are in between sizes, we recommend sizing up for best fit, or consulting the details on each product page for specific details.
To speak with a sizing expert please  contact our Customer Care Team. 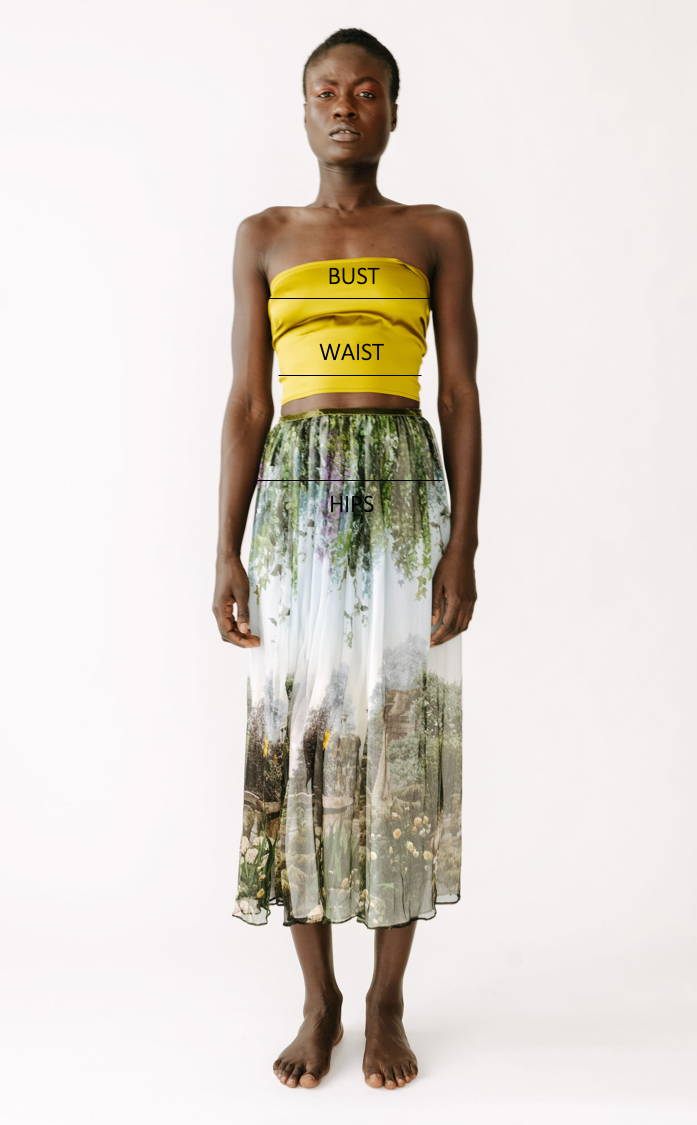 Measure around your chest at the fullest point of bust with no bra on. Make sure measuring tape is relaxed and not tight. Find your bust measurement from the guide as shown.

Consulting our guide, measure around the smallest part of your waist. Keep tape parallel to the floor and ensure one finger fits in between your body and the tape for a more comfortable fit.

Measure around the fullest/widest part of hips and bottom, keeping tape parallel to the floor. 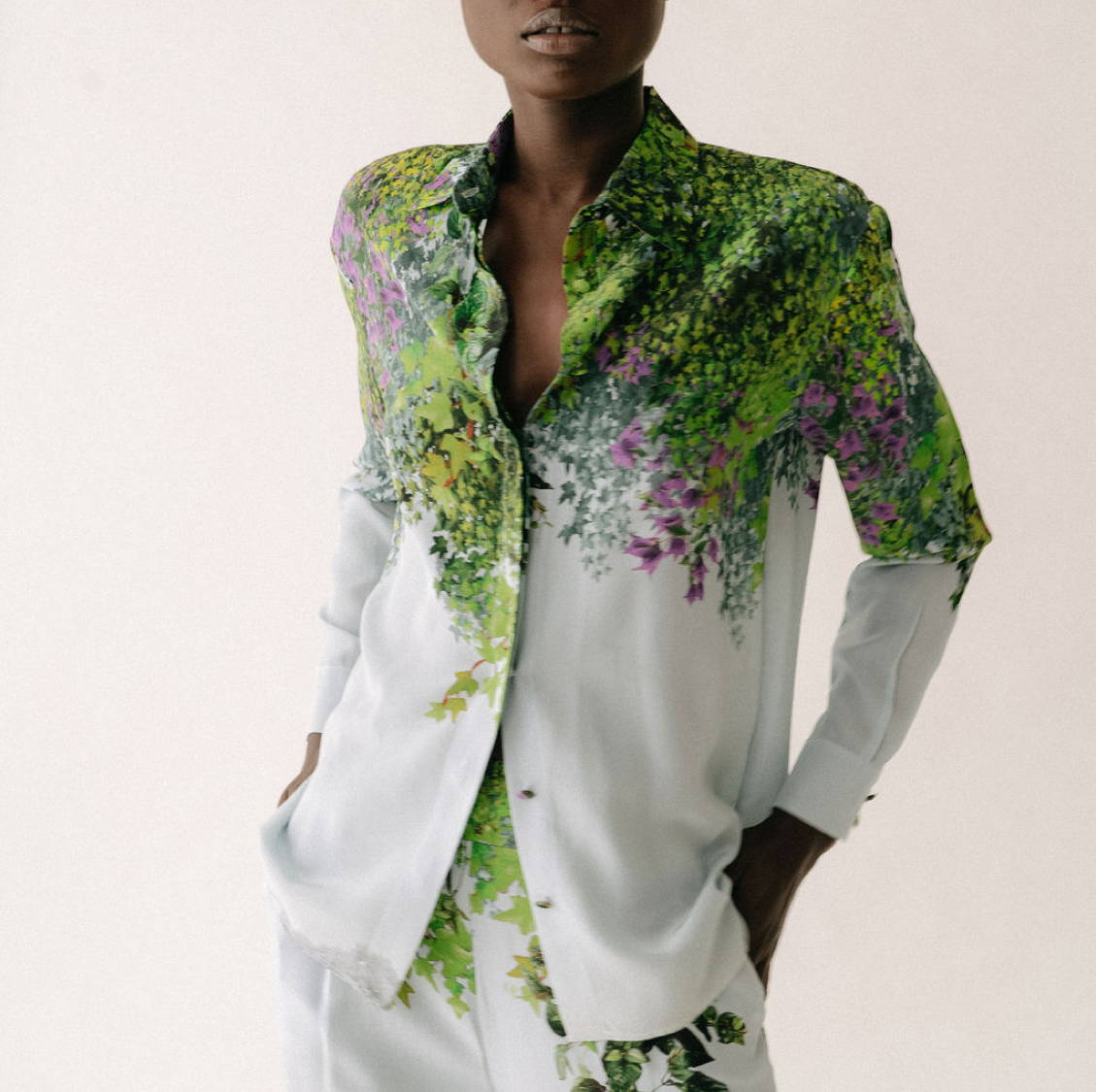 The straight cup blouse inspired from the masculine dressing. Go one size down for a cut fit. 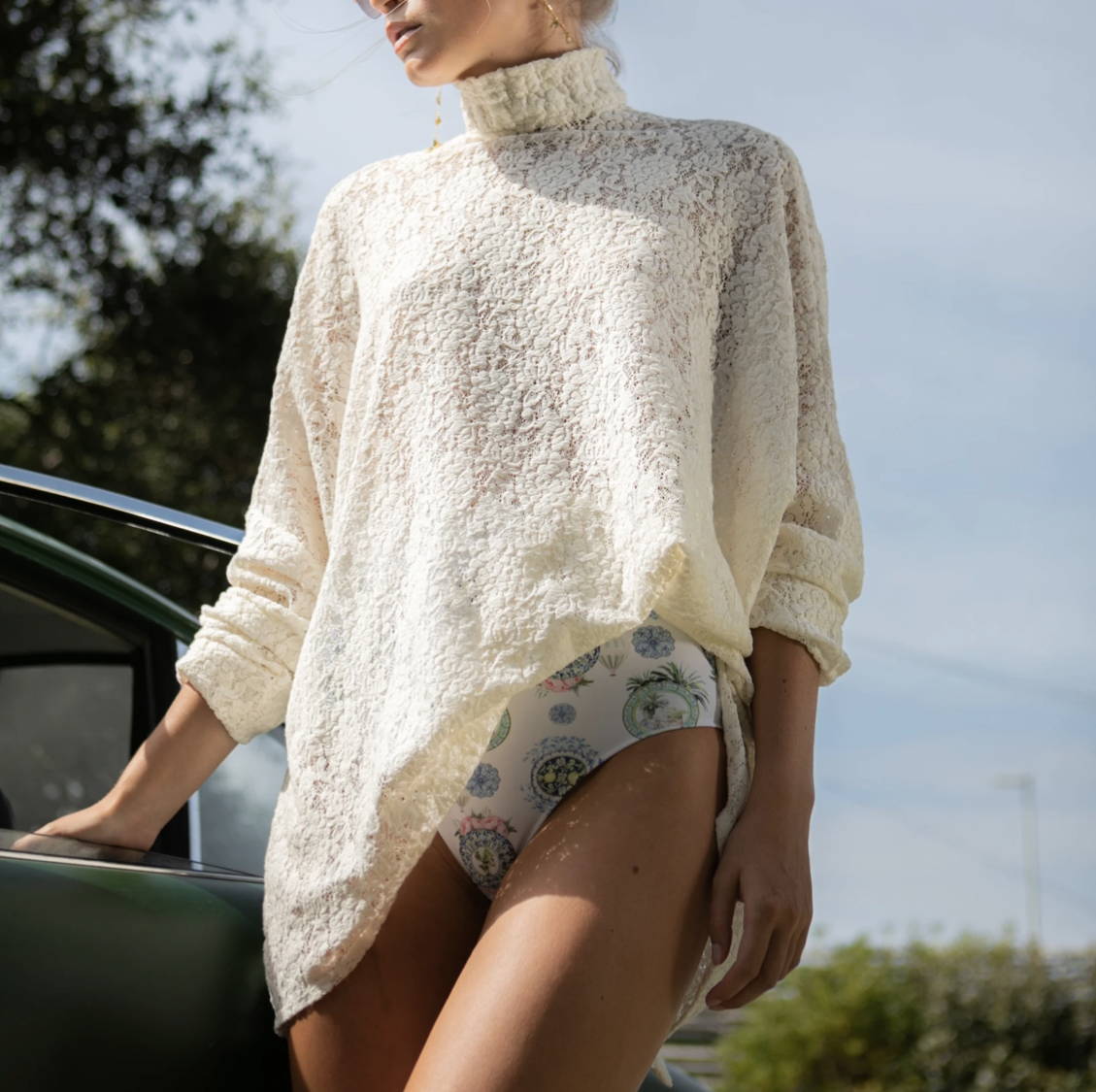 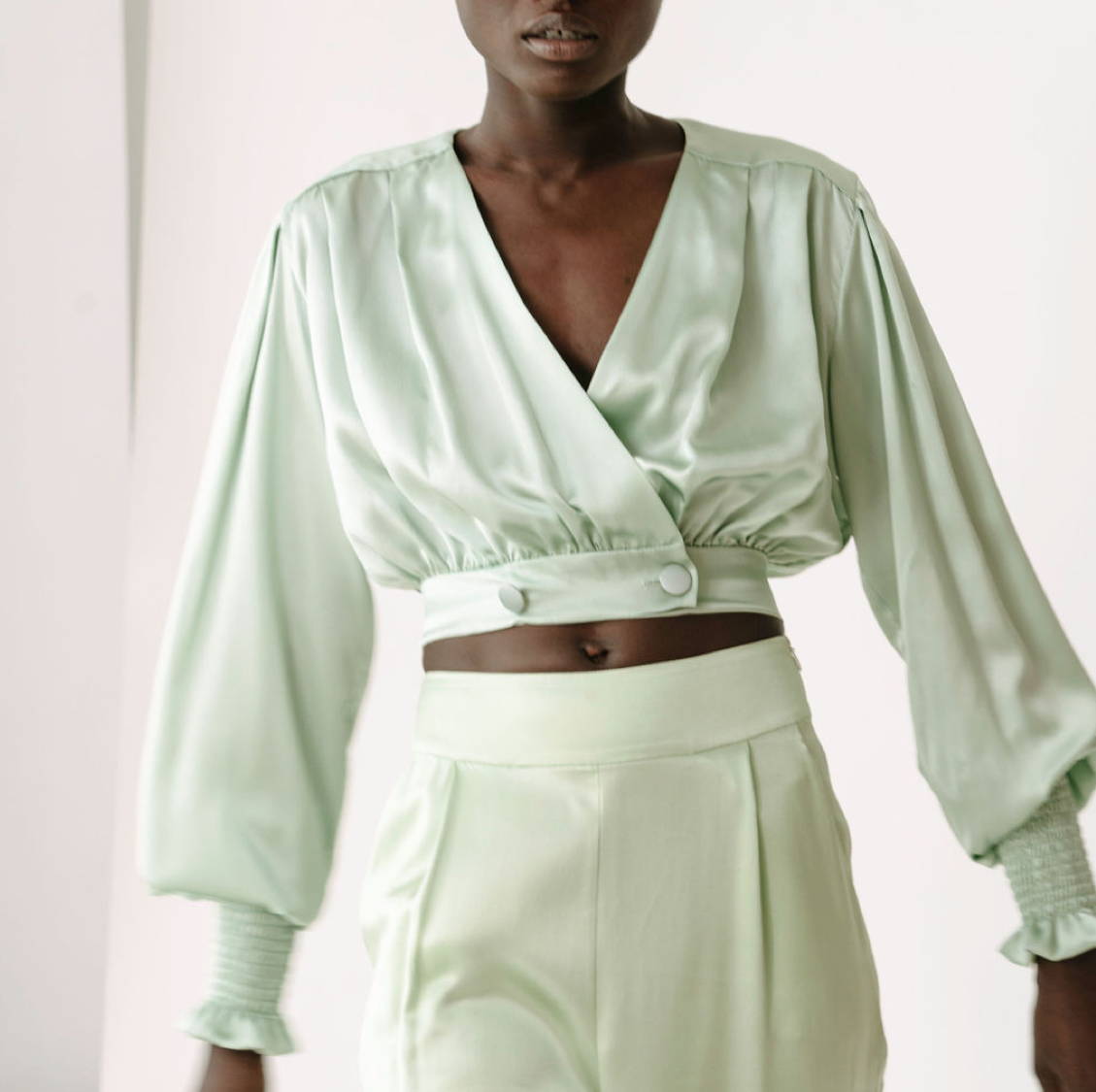 The easy to wear wrap blouse that covers the chest while keeping the feminine cut. 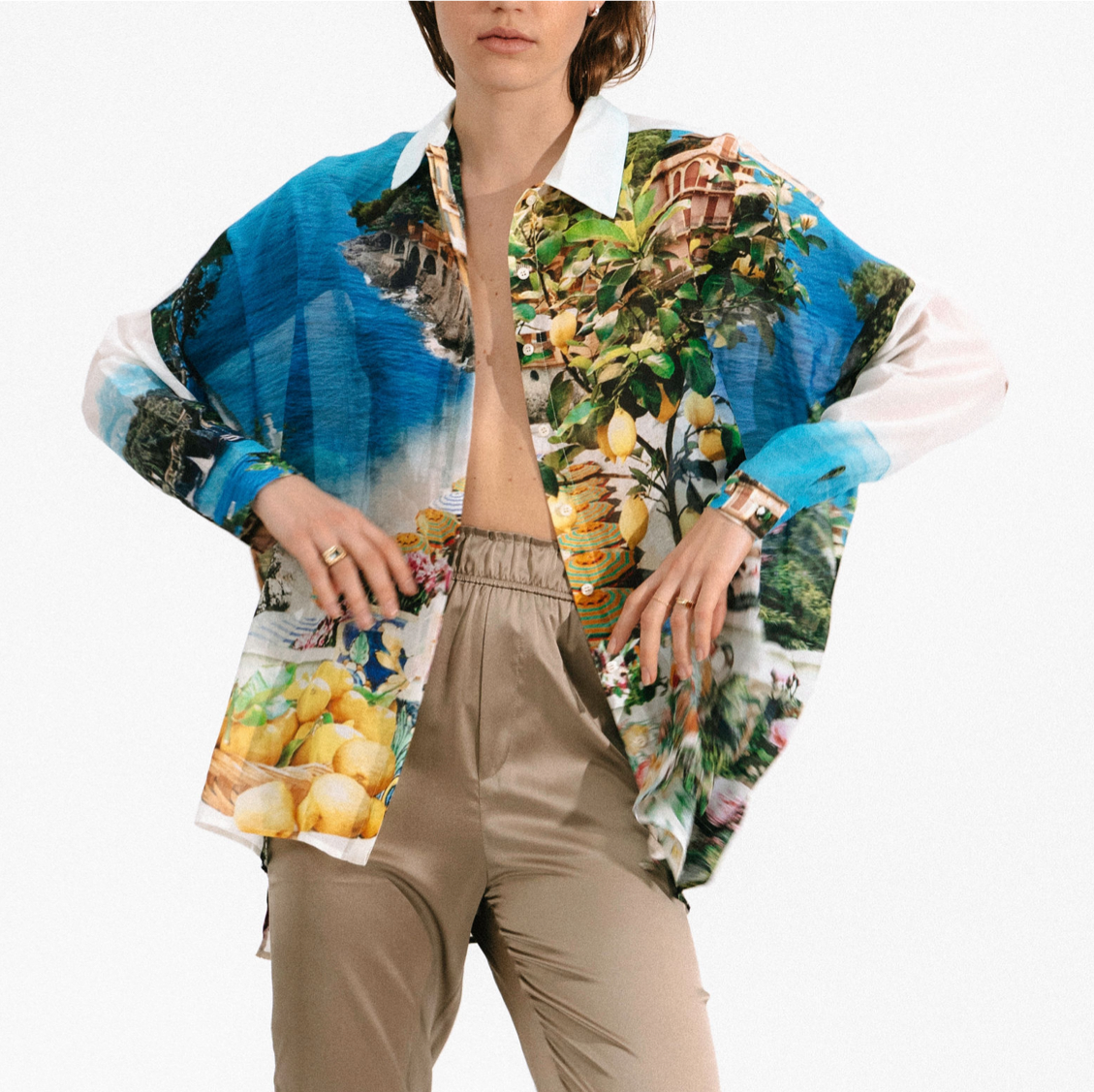